This installation was commissioned by the Sangre de Cristo Arts Center in Pueblo Colorado to celebrate their 40th year anniversary in 2012 and was part of the exhibition, “Fairy Tale: Origins, the Art of Interpretation.” My installation included 40 cheesecloth panels, painted on both sides to simulate a “day” side, and when turning around after entering the exhibition, a “night” side. I covered the floor with a mix of pine needles and mulch made from dead aspen forests that had been “harvested.” Within the installation, masks made from broken glass hung at two different angles, forming either dove-like or wolf-like shadows. Two looping sound tracks played in the gallery: one of forest sounds, and another of choral music.

The basis for the composition of my panels is a print by early 20th century artist Gene Kloss, titled “Aspens” in the permanent collection of the Sangre de Cristo Art Center. Throughout history, artists have been inspired by nature, and looking at how nature is interpreted by other artists provides an important foundation for new work. 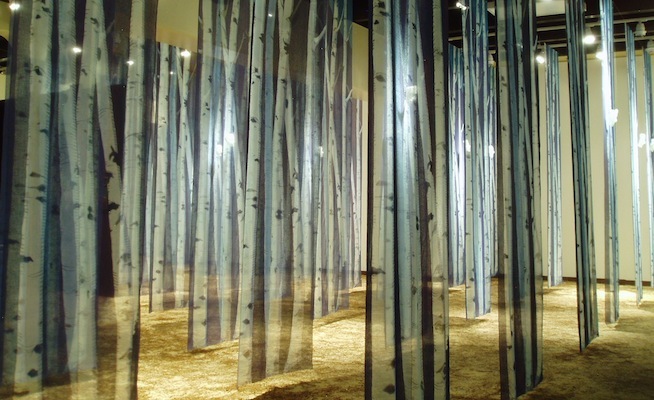 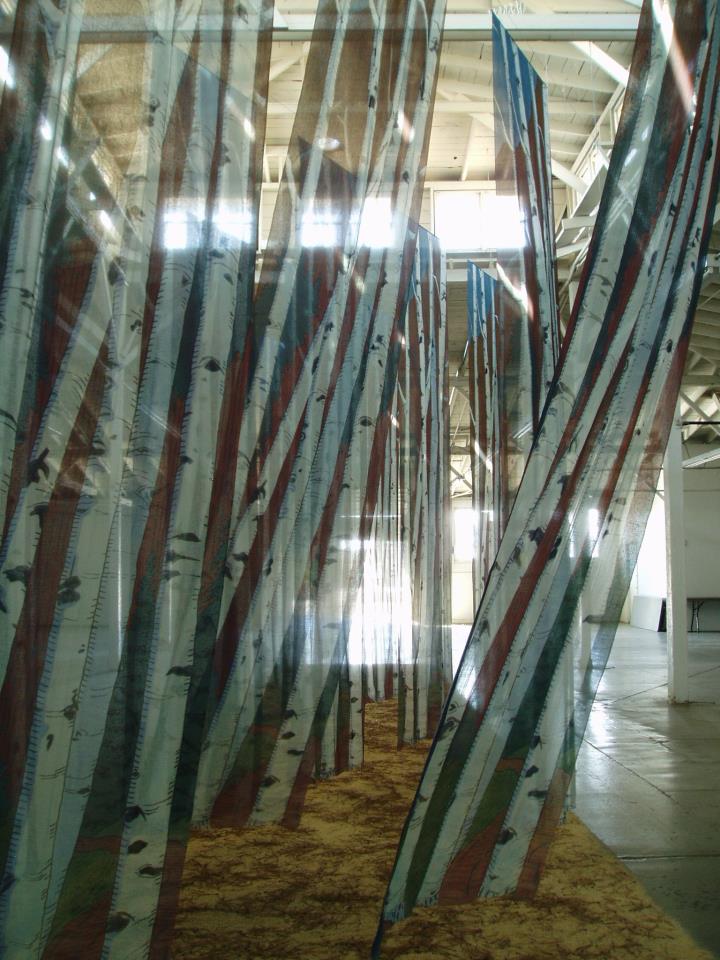